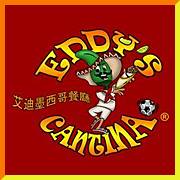 We all know Eddy’s as the best Mexican food in town but do you know the history behind the beloved restaurants? Eddy was born in Canada and is of Mexican descent, both of his parents were born in Mexico and they eventually immigrated to Canada for work. Although being raised in Canada, everything in the Gonzalez household was always Mexican, the language, the food, the culture, the music and even the brightly colored walls. This is what Eddy’s Cantina is dedicated to bringing to you, the customer.

As an adult Eddy moved to Taiwan and fell in love the Island, the weather and his future wife Jo.  After getting married the young couple decided to really give their dream a shot. Eddy’s Cantina started as a small burrito stand in Tamsui called Eddy Burrito in 2007. Business was fairly steady, however Eddy and his wife Jo decided that with a restaurant they would be able to provide customers with more food and more of the Mexican experience. So they decided to move from the night market into a small restaurant. The restaurant had a bigger menu and a nice cozy seating area.

Three and a half years later, Eddy’s Cantina was given an opportunity to open a location in Tianmu and so they did. Both Eddy and wife Jo decided that with an even larger location in a busier area, they could reach and attract a larger more diverse crowd. Eddy’s Cantina Tianmu has been open for about five years now and they continue to provide both locals and expats in Taiwan with a little piece of Mexico. 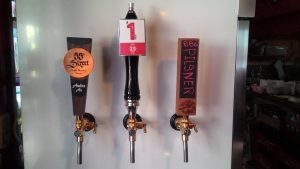 Eddy is a big fan of good beer, who isn’t right?  With the boom of locally made craft beer, in November 2014, Eddy’s Cantina built their very first Kegerator dedicated to pouring only local craft.  It was a hit and Eddy’s has since started becoming a well known for being a platform where locally brewed craft beer can be served to craft beer lovers.

With the success of Eddy’s in Tianmu, Eddy and wife Jo had the opportunity to open a second Tianmu location in November 2015.  The newer location is located on one of Tianmu’s busiest areas, close to the movie theater and close to other great and popular restaurants both local and western.  The local craft draught was so popular that Eddy’s 2 has a 6 tap custom build draught system dedicated to pouring only beer that is made in Taiwan.

All of Eddy’s Cantina’s food is made from scratch using the same recipes that have been passed down from generation to generation. Their goal is to provide home-style Mexican food to wh
oever walks through our doors. All of the tortillas are homemade and the salsas are made fresh every day from local ingredients ensuring that you have not only high-quality Mexican food, but also healthy food that you can give your family with no preservatives. Their mission is to provide fresh, healthy and delicious Mexican food for you and your family.

Go enjoy what fresh Mexican food should taste like by bidding on their item at The Center’s 21st Annual Auction on October 14th!